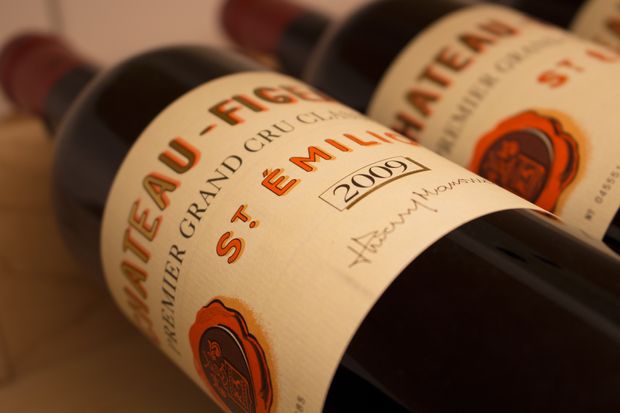 The 2019 Bordeaux en primer season—disrupted by the coronavirus pandemic—is now underway, and it’s a buyer’s market for a vintage that many consider to be very good.

The big news for serious wine investors, drinkers, and collectors is that prices of this vintage from the very best châteaux are for the first time in more than a decade being offered at substantial discounts of as much as 30% or more off release prices from a year ago.

Château Pontet-Canet kicked off en primer—the sale of wine futures—for the 2019 vintage on May 28, releasing it at €58 (US$65.60) a bottle, from the negociant (Bordeaux merchant)—a 31% discount from 2018. That release set the tone, with many top producers following suit. Château Mouton Rothschild, for instance, offered its wines at a nearly 31% discount to 2018 prices at €282 per bottle, ex-negociant, a similar price cut to that offered by Château Palmer, at €161 a bottle.

“If I’m a buyer in the U.K., sitting there in London, I’m buying everything at this price—it’s clearly a buyer’s vintage,” says Nick Jackson, a master of wine and owner of the consulting firm Vintage Variation. “We haven’t seen pricing like this since 2008. And the quality of this vintage is better than 2008 by all accounts.”

Still, it’s a complicated year. The situation for buyers in the U.S. is less clear cut, as Jackson alludes to, with tariffs on still wines imported from France subject to a 25% tariff. The tax was among several imposed last October on various products produced in the European Union in response to a long-running trade dispute over Airbus, based in the Netherlands.

Consumers who buy en primeur are securing wines that they won’t receive until the wines are bottled and shipped two years later. It’s a system that’s been in place for generations, ideally designed to allow wine lovers and investors to get a better price on bottles that haven’t yet come to market.

But in recent years, that premise has been undercut by high en primeur prices, causing many consumers and participants in the wine trade to lose interest in futures and to question the system’s survival.

Avoiding “Death by a Thousand Cuts”

There are several reasons Bordeaux producers are cutting prices, at last. The most obvious is that this year, for the first time, en primeur, typically held at the end of March and early April, was canceled. That meant wine journalists, merchants, and consumers, who typically descend on the region, didn’t get to taste the vintage, and critics couldn’t release their influential scores.

But en primeur was facing headwinds from other corners as well, including U.S. tariffs and unrest in Hong Kong, the center of the Asian wine trade. And then there’s the fact that many in the fine-wine trade were fed up with paying high prices for futures.

“I would love it if [the discounts] were also about the fact that the Bordelais realized they needed a bit of a reset after a few years of some pretty firm prices,” Jackson says.

UKV International have produced a range of exclusive video content to support your wine and whisky journey and our exclusive Events which we host on a regular basis throughout the year.

Feedback and opinions from fine wine investors and their buying and selling experience with UKV International and the wine & whisky services offered.

Over the last decade; investing in whisky has become increasingly popular, but why is there such a deluge of shrewd investors taking advantage of the market?

An insight into vintage and fine wine investing -  the leading alternative asset class, governed by a unique set of market fundamentals and possibly the investment of the last decade!

Take Advantage of the Fine Wine Boom in 2020!

According to the history books, fine wine is one of the most best performing assets of the last decade. However that doesn’t mean that the market never changes. Consumption and demand varies from country to country and emerging trends can often drive up the price of certain wines.

There are only four fundamental ways to collect successfully in wine.

Investor behaviour is determined not just by rational risk-return considerations, but also by hidden psychological biases that influence individuals to make less than optimal decisions.

This behavior poses a conundrum, or seems irrational – and that’s because it is.

Get the Latest on rare Whisky & Wine: News & Insights to your inbox every month!

UKV INTERNATIONAL AG can help select and acquire some of the best rare Whisky,  fine wines and champagne through our very extensive independent network of wine industry contacts.

We’re here to help potential and experienced investors who look to acquire the most prestigious and rare Scotch Whisky..